Pure maple syrup is taken for granted by most Vermonters, but in other states, and countries all over the world, someone's first taste of this luscious liquid gold was poured from a "cabin can" made in Swanton by New England Container Company. "It promotes maple syrup and Vermont, pure and simple," said Rolie Devost, who owns the company and spent seven years bringing the can from creative concept to tangible reality. "Your average Vermonter probably won't buy syrup in this can because it's a little more expensive, but think about the tourist trade. They're going to walk right by an aisle of maple syrup, no matter how attractively it's packaged, just because they don't know what it is, but once their eye is drawn to the unique design of the log cabin can, they'll take some home to Iowa, Florida, France or wherever,"  he said . . . 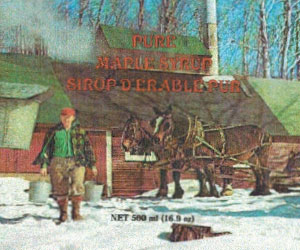 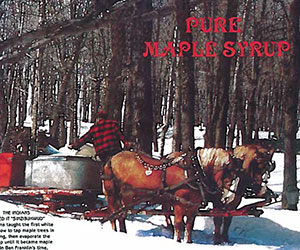